August has blown in, bringing with it the opportunity to wear both my summer and winter wardrobe, sometimes on the same day. And because August has both National Sisters’ Day and my sister’s birthday, I thought I would write about that particular loveliness in my life.

My sister is very much like me. We both have dark hair and eyes, pale skin with a predilection to sunburn, and a height that we didn’t inherit from our tall dad. We both love to read, to create stories, and to do just about anything together. We even have the same birthday. That’s because we’re twins.

Now, I don’t take the fact that we’re alike for granted. Not all twins are. But my sister and I have many shared loves and dislikes, shared social awkwardness and ridiculous concerns, shared ambitions and passions. We’ve always had each other, and I’ve enjoyed every minute of it. While we were growing up, many of our friends would ask why we didn’t fight like other siblings. At the time, we were baffled by the question. Why on earth would you fight with someone that you were stuck with? Now, I think, why on earth would I fight with someone that I want to stick by me? We almost always agree (except on rather silly things), so this hasn’t been much of a problem to date.

Being a twin presents some rather unusual challenges to the growing up process. While I saw my sister and myself dressed in our Sunday best enjoying each other’s company or staying close to each other in a new situation, other people saw this:

It took us years to realize that twins were weird creatures. We didn’t know it, but we were bizarre beings, unpredictable and unknowable. The rules of physics didn’t apply to us. I met people who assumed that we always sat on the same chair, ate off the same plate, and that my features would rearrange themselves to match my twin’s, so that we could always use the other’s face as a mirror. Not only did we take up the same amount of physical space, we also split a personality, too! A longtime friend confessed to us years later that she had avoided us at first because she had heard that twins always came in a set pair, one good and one evil. The trouble was, you could never tell which one was the good twin. More often than not, they say, you make friends with the evil one pretending to be good, only to be later betrayed and hurt.

I never believed these myths about what my sister and I were. We were always just us. Best friends who got to live with each other.

So I thought I’d take a minute to set the record straight about twins, at least in a small way, and what, at least in my experience, it’s like to be a twin. Boy and girl twins have the advantage of never being confused for each other, but they still face some of the troubles that we do. For example, being seen as a somewhat exotic entity. Twins are not that common, but Hollywood’s pretty good at making twins seem unearthly:

It’s not wrong, but people have a tendency to refer to twins by their relationship alone. From the new Avengers, for example, you can hear the team often say “It’s the twins!” But you’ll never hear people say “The siblings are here!” As I say, it’s not wrong or even uncaring. Just a little odd in its own way.

As twins, we always have some issues watching movies or reading books about twins. They are either completely interchangeable as people, a straight-up copy and paste job, or they are so different that it seems like an added on detail to make the characters seem more interesting. There is also the struggle of knowing that if there is a set of twins in a story, 90% of the time, only one of them will be killed. It’s an easy emotional shot. And storywriters almost always take it, to my chagrin.

While girl twins are often creepy, twin boys have a much different stereotype. They are either perverts (like the pair in Nothing Can Possibly Go Wrong or the two that I read about in a fantasy book just recently) or pranksters. If they’re pranksters, they’re probably redheads that often speak in unison, too.

Stereotypes abound everywhere. Some are worth laughing at, others should be burned with fire. In the kindest way.

It’s important to keep in mind what stereotypes in the stories we take in tell us about ourselves and other people. Now that I’m older, I can laugh about people being concerned about whether I was the good twin or the bad twin, but I felt an old twinge of that sadness just the other day while reading a Garth Nix novel. I greatly admire Mr. Nix’s writing, and he has created an enormously clever and engaging fantasy world in the Abhorsen series. But the finale of that story made me want to toss the book across the room, which is not something I do. I won’t spoil it for you if you haven’t read it, but the last all-out attack on the evil that they’re trying to defeat involves ringing seven magical bells, with one person to ring each bell. There is a moment of panic when one of the main characters realizes that they are one person short, or rather, one soul short. Two of the people present are twins, meaning that they share a soul and so must ring a bell together. Arrrrggh. I wasn’t quite sure what to do when I read that. I told my sister and she was sufficiently cheesed off for me.

To put it simply, in my experience, being a twin is having a close friend who understands you because she has been with you for almost every moment and has heard about the rest. It’s having a friend who always knows what you’re about, even if you don’t.

It’s having someone who knows when to pull you away when you’re getting in too deep.

(giving birthday presents to each other almost always looks like this)

It’s being able to immensely enjoy the company of another person even when you’re not talking. And if all those things sound like a really good friend to you, then you’re not wrong. 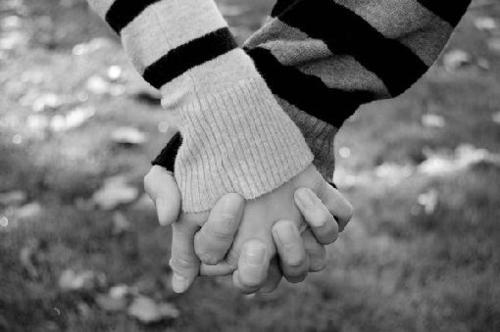 Happy birthday, sister! I love you very much.

None of the images used in this post belong to me.

One thought on “Sisters”