Wood smoke in the air.

It seems as if I’m just looking up from my desk and realizing that the season has changed outside. Suddenly, I’m thinking of wrapping a sweater around my shoulders. Suddenly, I’m noticing the long twilight at the end of the day. But of course, the seasons don’t change so quickly. It’s just me. I lost count of the days as they went by. So here I am, seeing the forests begin to brighten and blaze and feeling the wind brush past on its way to a thousand other places, and I think of where I am.

There are only four to choose from, so saying that autumn is my favorite season isn’t terribly unique. I’m sure there are so many others like me that love the colors, the spices, the coziness, the cold that comes with fall. I’ve always loved it, but as I’ve grown older, it’s become more complicated than sensations that I cherish. It’s a lacework of memory and story.

Memory is watercolor days in Oxford, walking down cobbled streets as the sun dappled the stones, reading a book aloud curled up on a bed too small for the three of us. It is walking beneath red maples along a lake in Japan, waving goodbye to friends as their bus rolled out the station. It is baking pies and carrying stacks of books out of the library. It is coming home blowing on cold fingers and finding my father already has the fire burning brightly. So many of my memories are captured in autumn glow.

Story is the sensation of an ending, with all that it means. A conclusion, a marker of change, a goodbye. And it is also the sensation of beginning, with all that it means. An opening, a marker of change, a greeting. The story is both melancholy and heartwarming, and it reminds me once a year that life is always like this. It is only here that we see it so beautifully outside of ourselves. We are constantly beginning and ending. There’s much good in change. 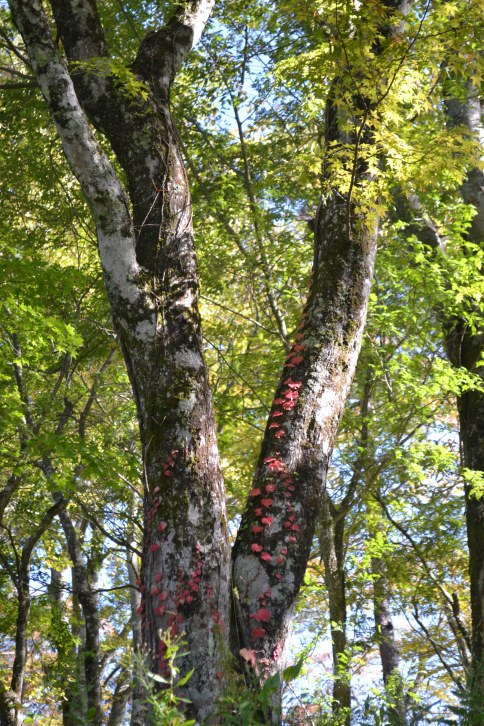 Too many years as a student might be to blame, but I’ve always felt that a year changes in the fall rather than in January. Somewhere in August or September, I find myself expecting something on the horizon. Whether it’s snow in the clouds or tiny black berries on the bushes, I’m looking for something new. I’m looking ahead, and I’m looking for treasures, however small, from what’s happened in the previous months. I suppose you could call it a harvest of sorts. What have I sown this year? How did it weather the storms?

As I look at these sights that have become so familiar in the fall, I think of the times I’ve seen them before, times that will never come again. It’s tempting to think that they are lost to nostalgia, pieces of myself that turned golden and then fell off to wither on the ground. But that isn’t true. We cannot help but change, but we never lose the pieces that make us who we are. Those stories, those memories, aren’t the leaves. They’re rings around our core making us sturdier for the storms ahead.

These trees have seen many more seasons than I have, and they’re still putting out their best colors year after year. I’ll do my best to always do the same. 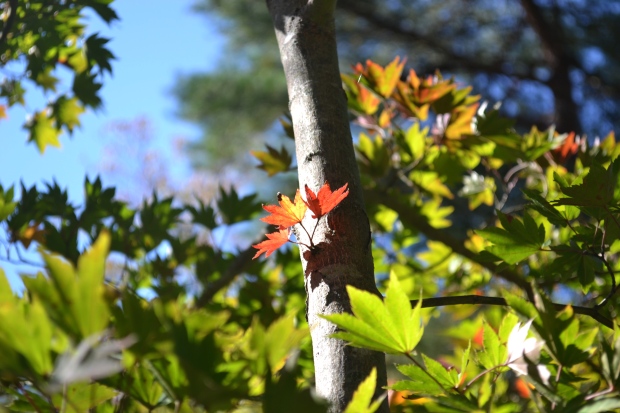